What to Know About Chinese Confinement Practices 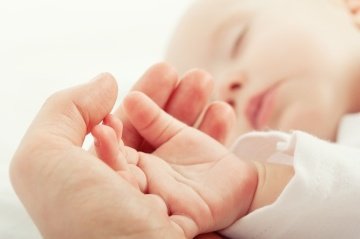 Confinement practices are a set of postnatal practices that heavily borrow from Chinese culture. When adopted, they can help new mothers heal and recover from pregnancy, labor, and childbirth. Confinement practices also give new mothers and their babies adequate time to bond while quarantined within their homes. No visitors (apart from their close relatives) should show up until a mother completes her confinement period.

How long should the confinement period last?

The confinement period takes an entire month from the day of childbirth, according to Chinese culture. Mothers have the freedom to extend this period if they need extra care and help. For instance, a new mother who had a difficult delivery or a cesarean section may spend more than thirty days in confinement.

One of the rules governing Chinese confinement practices is that the new mum should avoid strenuous work. It is also an offense to engage in sex during this period. New mums should even agree with their partners about the designation of chores in the house.

Who’s the primary caregiver during the confinement period?

Mothers or mothers-in-law often act as the primary caregiver to new mothers as they undergo confinement. A new mum can decide to hire a confinement lady or a confinement lady who will take care of her and her baby. There’s also an option to check into an accredited confinement center with private lodgings, around-the-clock meals, and on-call confinement ladies. Note that some centers prohibit fathers from visiting their partners.

As times change, people are beginning to ditch old restrictive practices. Some mothers consider Chinese confinement practices as outdated cultural norms. Those who still follow the practices understand that they need to adhere to several restrictions and taboos during their confinement period. They include:

The Chinese believe that these restrictions help retain heat in the body to promote healing and recovery. Though there are no culture-based consequences of breaking these rules, it’s important to observe those that make medical sense.

A typical Chinese confinement diet should comprise foods such as traditional tonic (with herbs) and ginger. Eating such foods will help warm your body and help in speedy recovery. The foods also help strengthen joints and facilitate blood circulation. During the breastfeeding period, fish soups are ideal since they promote milk production.

The Chinese believe that ‘windy’ foods like jackfruit and onions may be harmful to the baby. They also advise against taking cold drinks, pineapple, cabbage, and cucumber as part of their confinement practices. All food recommendations draw inspiration from ancient Chinese medicine.

The Western confinement practices largely emulate advances in modern medicine. Though Chinese practices seem old and outdated, they are still prevalent in Western countries. New mothers are beginning to bend the Chinese post-delivery practices to fit modern times. For instance, not every new mum adheres to the rule that advises against washing their hair during the confinement period.

For Chinese mothers, the confinement month is a tradition that they religiously follow. During this period, they observe certain obligations, taboos, beliefs, and rituals with hopes of achieving optimal recovery. Some mothers view the confinement period as an optional practice. Instead of following Chinese cultural traditions, they may engage in spiritual activities aimed at cleansing childbirth impurity.

The overall goal of embracing Chinese confinement is for you to achieve your normal state of being and bond with your newborn. Nannies at the Confinement Lady Singapore can help you observe the confinement period and get much rest while you are at it. Our nannies will attend to your baby for you to get some rest.

Reach out to us today to hire a highly-trained nanny who will help you through your post-pregnancy challenges.